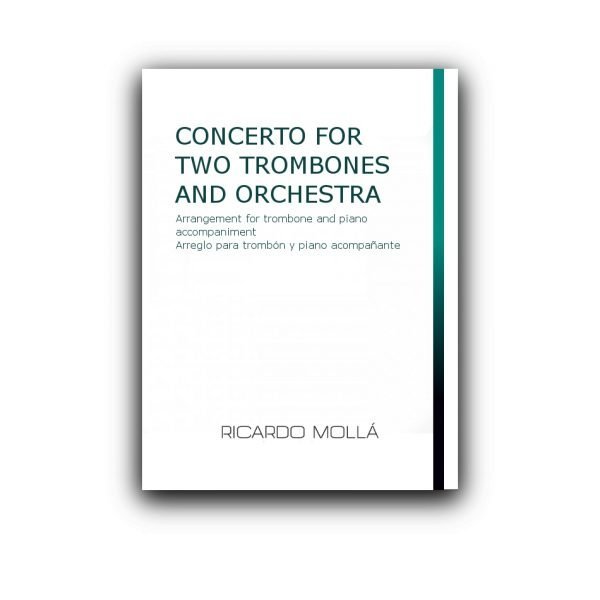 Commissioned by the International Trombone Festival (ITF) 2015 hosted in Valencia. The piece is dedicated to Jörgen van Rijen (principal trombone of Concertgebouw Orchestra) and Michel Becquet (Professor of the Conservatory of Lyon).

Premiered on 14 July 2015 by Jörgen van Rijen, Michel Becquet and the Valencia Symphony Orchestra conducted by Gaspar Sanchís. It was the last piece of the final ITF’s Concert.