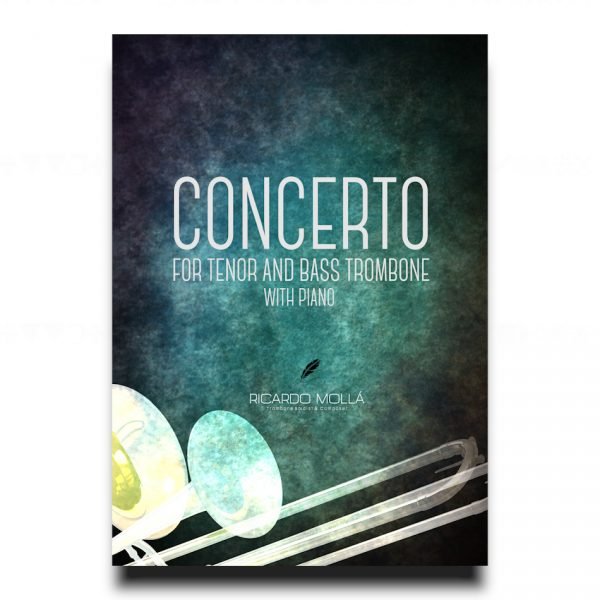 CONCERTO FOR TENOR AND BASS TROMBONE WITH PIANO ACCOMPANIMENT

Original piece for tenor and bass trombone with piano accompaniment

Concerto was commissioned by the International Trombone Festival (ITF) 2015. The piece is dedicated to Jörgen van Rijen (Principal Trombone of Concertgebouw Orchestra) and Michel Becquet (Teacher at the Lyon Conservatory).

It was premiered on July 14th of 2015 at the Palau de la Música in Valencia by Jörgen van Rijen, Michel Becquet and the Orchestra of Valencia, under the baton of D. Gaspar Sanchís, during the series of concerts of the ITF Valencia 2015.

The version for tenor trombone, bass trombone and piano accompaniment is dedicated to Zachary W. Bond, professor at the Hong Kong Academy for Performing Arts.

Listen to the piece